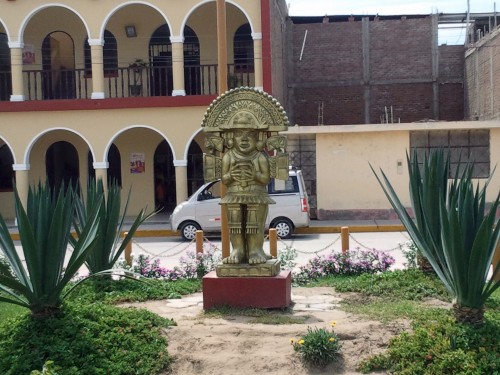 It was on a Thursday when we hopped on a combi in Chiclayo and headed to Zaña, which is about a 70 or 80 minute ride to the southeast of Chiclayo. Along the way I finally got to see some classic desert scenery: sand dunes that threatened to cross the road, lots of blue sky, and nothing but more sand to the horizon. But that didn’t last long. Ten minutes later, the scenery changed quickly and I could see mountains off in the distance and the small town of Zaña.

The combi dropped us off on the main route through town where taxis and mototaxis waited for customers. Taking a look around, it was hard to believe that Zaña used to be a magnificent, shining jewel of a city and a hub of trade and agriculture. If you were rich (and Spanish) in Peru back in the 1600s, Zaña was the place to be. At that time, there were many mansions, churches, and public buildings throughout the city, and the amount of power and riches was said to rival that of Lima.

It turned out that conditions like these back in the 1600s attracted pirates. So in 1689, Edward Davis, a pirate from England, made the trek across the desert and raided Zaña. It was a surprise attack that killed many in the city and caused most of the Spanish to flee, leaving their slaves to attend their properties. A few decades later, the rains of El Niño came, causing a flash flood that destroyed the mansions and many of the other buildings in town. The rest of the remaining Spanish left town, leaving only freed slaves and the indigenous people.

Nowadays, Zaña looks like any small desert town with the exception of the huge ruins of the Roman and Greek-styled convent of San Agustín and the churches of San Francisco, La Merced, and Matriz. There is also an Afro-Peruvian museum that is a one-of-a-kind in town, which we didn’t have time to visit. But these things happen.

We got some directions from a local and started walking. After ten or fifteen minutes, we saw the plaza principal, a small, well-cared-for park. From there it was just a couple minutes more of walking and we reached the ruins of the Convento de San Agustín.

El Convento de San Agustín was founded in 1584 and it consisted of two courtyards and a church. In 1720, when the floods came and destroyed the town, the convent was also heavily damaged and in 1830, it was abandoned and left to ruins. Nowadays, it’s one of the most popular tourist spots in Zaña, and definitely the largest.

We walked through the entrance and went inside to pay the entrance fee of 3 Soles per person. From there we were allowed to walk freely through the ruins. We entered the main room of the church and I saw the dirt floor with a well-constructed boardwalk along with a friendly dog that seemed to enjoy the cool shade provided by the ruins. Upon my first sight of the rest of the building, my thoughts were, “Yep. These are definitely the ruins of an old convent.” My realist nature seems to come out at just the wrong times.

But after spending some time looking around and reading the small guidebook that I had bought, I was able to get a better appreciation of the place. It had the high ceilings and arches and columns that gave it a Roman or Greek style. I took a small walking tour of the place and took a lot of photos. So instead of trying to describe it, I’m going to let the photos do the talking for me.

From there, we started walking south out of town toward the Zaña River. Along the way we could see the ruins of la Iglesia San Francisco and the ruins of la Iglesia Matriz. From the road they looked like something you would see in a movie, giant ruins rising out the jungle undergrowth, monstrous turkey vultures roosting on the tops of the arches, waiting for their next meal. We admired the ruins from a distance, although both of them can be visited and explored.

Just a little past the ruins is the Zaña River and el Puente Colgante (the Suspension Bridge). Back in 1720, the Zaña River overflowed its banks and was the cause of the great flooding that destroyed much of the town of Zaña. The day I visited, however, the Zaña River wasn’t anything more than a happy little stream with families playing in it to keep cool.

There’s a suspension bridge built of wooden planks and cables that are attached to trees. I was told that this bridge was over 100 years old and has a length of 100 meters. There have been collapses in the past, but the bridge is always repaired. From its appearance, I was a bit skeptical about walking across it, so we walked across the ford just to the right of it to the other side of the river where we walked down to the river’s edge to look for minnows. I didn’t manage to catch any, but a mototaxi that drove through the shallow waters managed to get one.

Upon walking back up the riverbank, we saw a man walking across the suspension bridge with his son. After they made it across, I decided to give it a go. Had the bridge been connecting two sides of a steep cliff, I might have been afraid, but given its low height above the shallow waters of the Zaña River that day, I felt perfectly safe. Even when I came to the part of the bridge where one side of the walkway had fallen away from the cables causing the walkway to dip toward the side, I wasn’t worried. I made it to the other side safely and we walked back to town to find a ride back to Chiclayo. 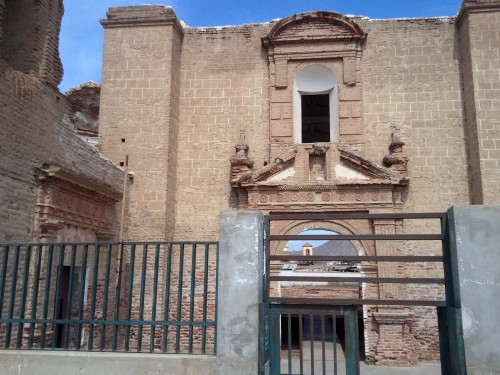 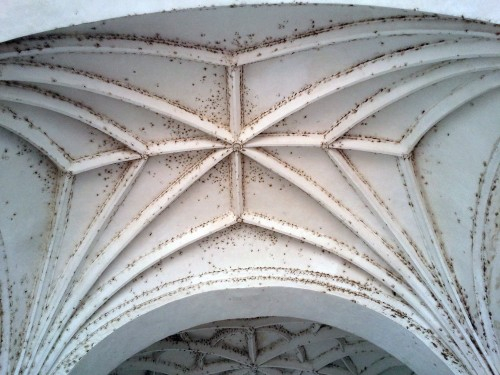 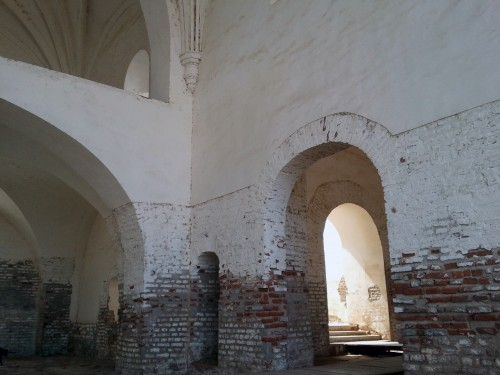 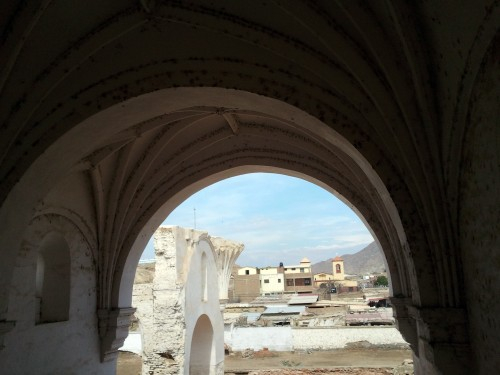 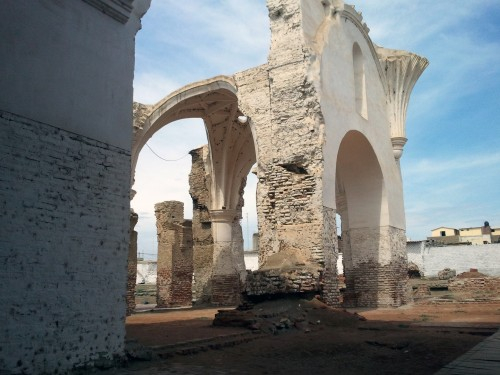 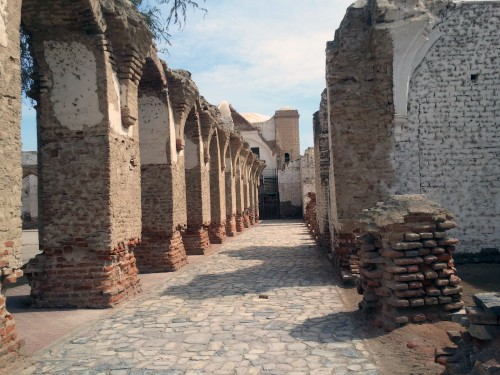 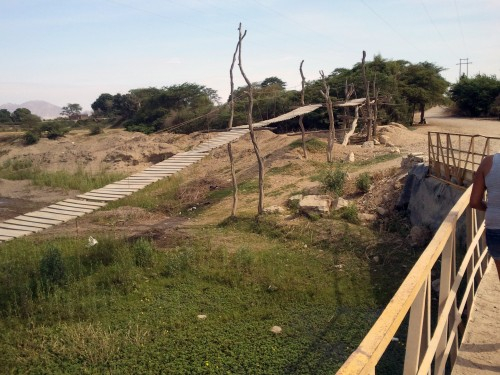 It took some time, but eventually a private car stopped for us and picked us up. They were taking passengers presumably to pay for gas on the way back to Chiclayo. Who knows? Perhaps they made a profit; it didn’t seem likely though for 6 Soles for the three of us, plus the few other passengers they picked up and dropped off along the way. They dropped us off safely near Paradero EPSEL in Chiclayo, ending our day at Zaña.