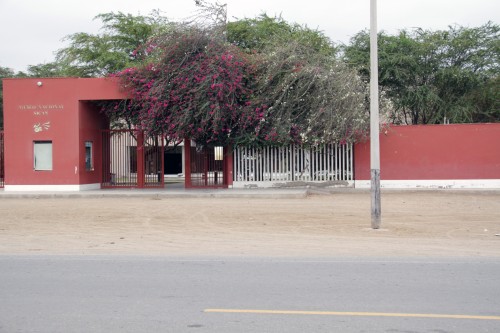 El Museo Nacional Sicán is located in the town of Ferreñafe about 20 minutes north of Chiclayo. We arrived by taxi and paid for our entrance tickets, which were 8 Soles per person. This museum’s exhibits display the jewelry, ceramics, and funerary artifacts of the Sicán culture.

Upon entering the museum, there was a movie playing in a small presentation theater that gave some background on the Sicán culture. We walked into the theater when the presentation was almost over so we missed a lot of information. As an ignorant tourist, it didn’t bother me at all. I was there for pictures after all, and I had seen all of this stuff before at the Museo Tumbas Reales de Sipán. More ceramic pots, more trinkets, more stuff made out of shiny metals like copper and gold, all just more of the same.

Not exactly a great attitude to have when walking through a respected museum that details a lot of the culture that rose up after the Moche culture, the Sicán. The Sicán culture lived on the north coast of Peru in the Lambayeque area between 750 and 1375 A.D. They are well-known for their black ceramic pottery, their metal-working, and for their cities and pyramids (They created over 50 of them). It’s believed that they made have traded goods as far north as the Bogotá, Colombia region and as far south as Chile.

Most of what is known about the Sicán culture nowadays is from the Middle Sicán era, from 900 to 1100 A.D. There is a lack of artifacts from the Early Sicán era and there is still a lot that needs to be studied about the Late Sicán era.

The museum was much smaller than the Museo Tumbas Reales de Sipán, but it did have a lot to offer with its exhibits that display burial practices, pottery-making, and metal-working. There were displays of ceremonial headgear, earrings, and other jewelry. We spent perhaps 45 minutes there looking at everything. 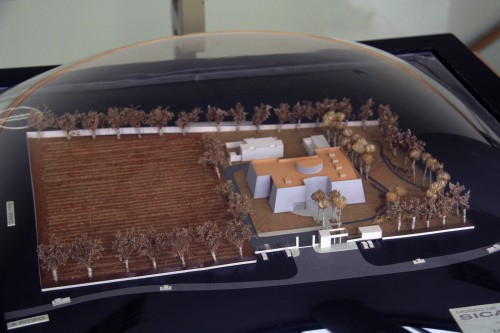 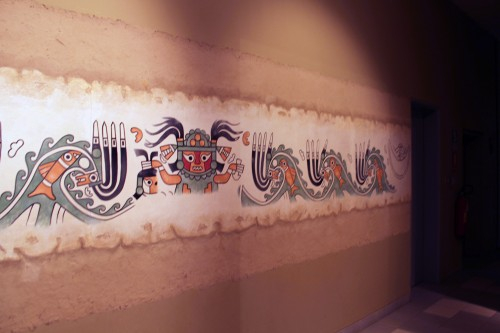 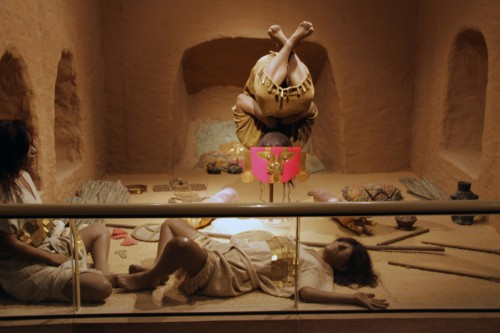 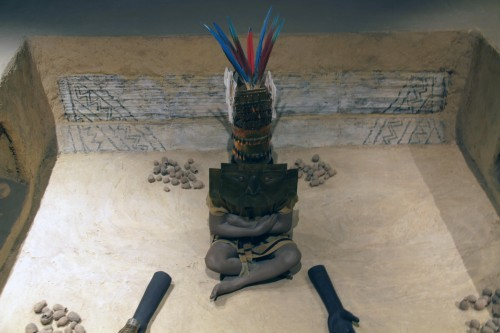 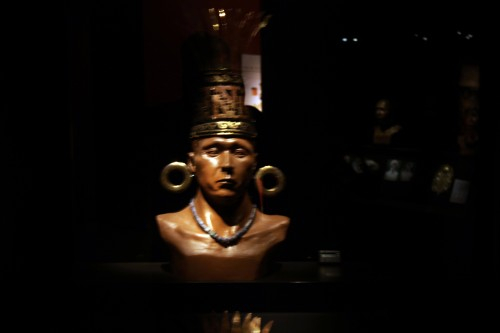 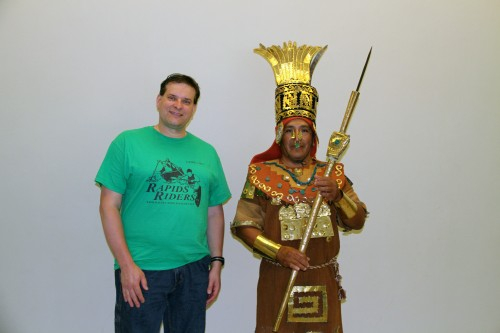 Before we exited the museum, we were treated to a presentation by an actor dressed in Sicán clothing with full regalia. He spoke for about five minutes and then it was over, with me having the opportunity to take a photo with him for the price of a tip of my choice. I tossed 5 Soles into his vase and proceeded to get my picture taken.

Once outside the museum, I snapped a picture of the black carob trees (algarrobo trees) that produce the pods used to make algarrobina, a sweet tasting syrup that is similar to chocolate. And then it was just a matter of finding a ride to the Santuario Histórico Bosque de Pómac.