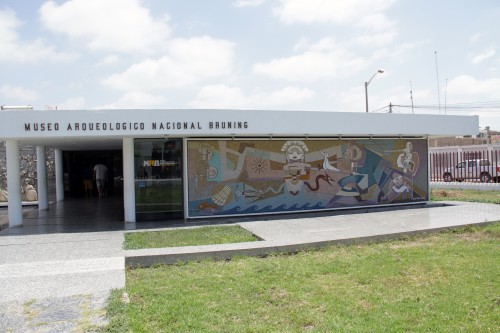 El Museo Arqueológico Brüning is located in the town of Lambayeque, Peru, just a few blocks west of El Museo Tumbas Reales del Señor de Sipán. It was opened back in 1966, supported by Hans Heinrich (Enrique) Brüning, who had organized the collection of pre-Columbian pieces that are displayed there.

We arrived around 12:30 p.m. on a Friday and passed the security guards (and this place has very good security). From there we went to the office and paid the 8 Soles per person to enter. There is a cool statue of Naylamp (also spelled Naymlap, but to make it easy I’m going with the “Naylamp” spelling for this article), the founder of the Lambayeque culture, located in the front of the museum. Behind the statue is a relief mural of El Desembarco de Naylamp, or the disembarkation of Naylamp, which shows him landing on the beach, carried on his litter and surrounded by his people. There are also some wonderful mosaics covering the outer walls of the museum.

The reason for the good security outside became apparent once we saw la Sala de Oro, or the Gold Room, which has close to 500 different objects on display, including: ceremonial vases, crowns, earrings, funeral masks, and necklaces. I don’t know the dollar amount of all the gold displayed there, but I imagine it would be a dream-heist for any competent museum robber.

The Sala Multimedia is near the beginning of the tour (if you take the tour, which we didn’t) and has multimedia displays about the content of the museum. To be honest, I don’t even remember this room. There’s a very good chance that I walked right through it without realizing that the room had a name.

The third and fourth floors of the museum are la Sala de Evolución Cultural de la Región Norte. Now those rooms I remember! There is a recreation of a shamanistic ritual, as well as recreations of the techniques of creating “chicha,” which is an ancient Mochican drink, agriculture, architecture, fishing, pottery, and textiles. There is also a recreation of two caballitos de totora (the reed fishing boats that are still used today). While the first and second floors of the museum were dedicated to pottery and gold-working, the third and fourth floors showed a little more about the people and their way of life.

One of the nice things about El Museo Arqueológico Brüning is that, unlike El Museo Tumbas Reales del Señor de Sipán, you CAN take photos there. At this point in my trip I had learned enough about the cultures there to know that I should be snapping as many pictures as possible, and so I did. I own a Canon 7D, which lets me adjust all of my settings manually, and with all of the dimly lit displays in the museum it came in handy as I did see some signs that said “NO FLASH PHOTOGRAPHY.” However, I am still a complete newbie when it comes to adjusting my settings, so I have a lot of blurred photos because of the long shutter speeds I had the camera set at. I suggest learning a bit about your camera’s exposure settings before you visit this museum if you’re not an experienced photographer. My recommendation is to do a Google search for: museum photography tips. The results will help you to take better photos in dim light conditions, and this is my plan for the next time I visit any museum. 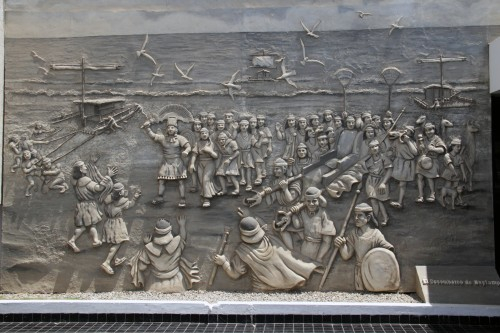 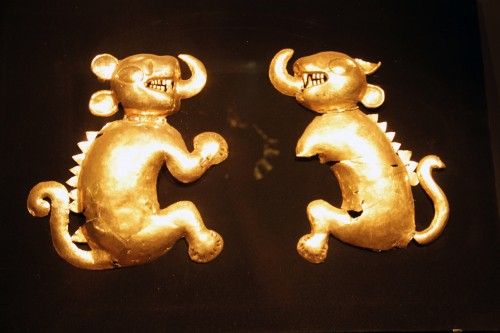 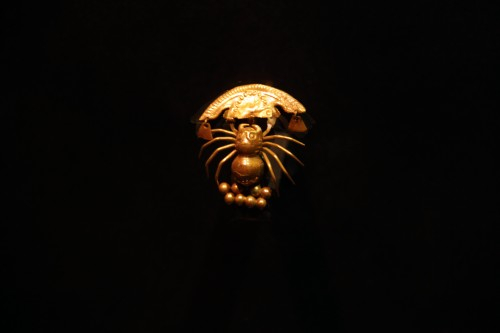 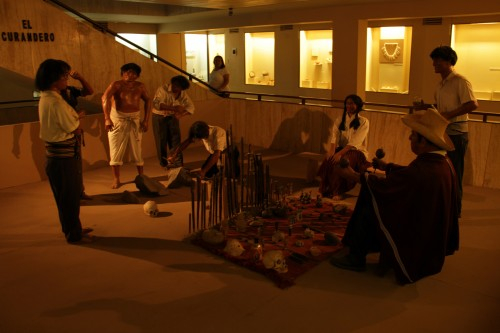 This was my favorite museum to visit by far, just for the sheer amount of displays that were there. And because I could take pictures; that was definitely a bonus. But before coming here, make sure you read a little bit about the cultures that are represented here: the Lambayeque (Sicán), Chimú, Moche, Chavín, Vicús, and Inca. Your appreciation of the museum upon understanding a little bit about each of the cultures will definitely enhance the experience of your visit.