Posted on 1st February 2014 in Travel

Chiclayo and the Lambayeque Area

I traveled to Peru this year. What do you think of when you think of Peru? For me, I had thought of Lima, Cuzco (and Machu Picchu), and the Nazca Lines. Visions of Incas and Lake Titicaca raced through my head. Instead, I found myself on a plane headed for Chiclayo, Peru. I had never even heard of Chiclayo! However, I had met a friend online and decided that I wanted to meet her, so off to Chiclayo I went!

My journey started on December 31st, 2013 and would last until I returned home on January 13th, 2014, giving me 12 days of getting to know Chiclayo and the Lambayeque Region in northwestern Peru. Chiclayo is the capitol of the Lambayeque Region and is the 4th largest city in Peru, its metro area having close to 970,000 people. Only Lima, Arequipa, and Trujillo are larger.

As my plane was landing at 9:00am on New Year’s Day, I caught my first glimpse of the city where I would be spending the next 12 days of my life. My first thought was, “Oh dear Lord! What have I gotten myself into?” For a first time visitor, Chiclayo appears to be a city in the middle of the desert. All of the buildings looked like they had been built from adobe and then had the roofs blown off in an explosion. I couldn’t see any paved roads anywhere! My first impression from the landing airplane was that I was about to enter the Peruvian Wild West.

After the plane had landed and I had collected my bags and met my friend, this first impression was proved to be very untrue. Once we left the airport, we took paved streets to the hostal where I was staying. The buildings all looked normal (although the roofs still looked like explosions had gone off), and all of my nervousness went away. I actually felt safer here than when I had stayed in Barranquilla, Colombia or Medellín, Colombia. I got to the hostal (Vanetom, for the curious), checked in and took a nap. After my nap, I was ready to explore!

Over the next 12 days I would have the opportunity to see museums, archaeological sites, nature preserves, beaches, restaurants, some of the night life, and most importantly, the people of Chiclayo and the Lambayeque Region. It was a wonderful experience, and I would definitely return. Below I’ve listed each of the places that I visited in the order that I visited them. If you want to know more, just click on the link to be taken to my post that details each place I visited. I’ve included photos and videos where I was able to.

My Itinerary – The Lambayeque Region

Despite my first impression of Chiclayo, I thought it was a really great city. With under a million people in its metro area, it really had that “small-city” feel to it and getting from Point A to Point B was quick and painless (Well…there’s the potential for some pain if you try to stuff three people into a mototaxi). During the day it’s fairly safe to go for a walk; just be sure to keep a protective hand on any valuable items that you may have. If you’re going to be wearing a backpack, turn it around and wear it on your chest. I was walking around with a fairly expensive camera ($1500) the whole time so I made sure I was always holding it with one hand when I wasn’t in the downtown area. When I was downtown, I would hold it with both hands with a strong grip. And since I hadn’t the sense to replace the “Steal Me” camera strap (Canon 7D), I turned it around to make it just a little more difficult for any thieves to tell what it was. Judging by the looks some of the people gave me (“Are you crazy to be carrying that thing around?”), it might have been better to have brought a generic-looking camera bag. Once the sun sets, make sure all your valuables are safely in your accommodations and that you’re carrying only what you need to be carrying. My friend who lives in Chiclayo actually had her purse stolen from her as she was coming to see me, so yes, there is some street crime.

Getting Around in Chiclayo

Transportation is straightforward in Chiclayo. If you’re leaving your hotel, the doorman can get a taxi for you and arrange the fare. If you’re on your own, any of the taxis or mototaxis that pass by will honk if they’re looking for a passenger. All you need to do is look at them, stick your hand out a bit, and they’ll pull over. Just tell them where you want to go and how much is it (“Cuánto cuesto para ir a…?”). A place that is near to you will be 3 to 4 Soles and a place that is on the other side of town will be between 7 to 10 Soles. If you’re with friends who live in Chiclayo, naturally you’ll get a better price. Make sure to arrange the price before you get in the taxi.

Taxis will be your main mode of transportation, but at times, you may find yourself in a mototaxi, one of those 3-wheeled motorcycles with the enclosed carriage in back. They can fit up to 3 people and are cheaper than taxis, but as they are the smallest vehicles on the roads, they’re also honked at more than the regular taxis. And because they have three wheels, they’re more prone to tipping over. I saw a few mototaxis laying on their sides during my time spent in Chiclayo.

There are places to visit near Chiclayo that are 30 minutes to just over an hour away. When going to these places you’re going to want to head to the Paradero and hop on a combi, one of those vans you see that are almost always completely packed with people. The combis that I traveled in were packed, but not uncomfortable enough for me to totally hate the experience. And everybody in the combi is pretty understanding, kind of like a “We’re-all-in-this-together-so-we’ll-make-the-best-with-what-we’ve-got” type of attitude. The Paradero is easy to navigate. It’s a large parking lot with combis parked near large signs that state their destination. Your transportation will likely drop you off near the combi of your choice and then it’s just a matter of waiting for the combi to fill up with people and leaving. Chances are that you’ll pay for the combi transportation once it has left town, but you can also pay before you get in the combi. If you’re hungry, you can buy food at small stands set up in the Paradero. And if you enjoy handing out money to random strangers, there are people who are good at begging for money and making it sound like it’s something that’s supposed to be done. I had one woman approach me twice, and while I had trouble understanding her, she spoke in a tone that made it sound like I needed to pay for entering the Paradero itself. Just say, “No señora/señor” a few times and they’ll leave you alone.

The traffic here can be a little congested at times, especially in the downtown area, but it wasn’t as scary as some of the other places I’ve visited. You’ll experience the classic Latin American driving where you make the most of any opening in the traffic flow to get where you need to go. It’s a system that works there and the roads are set up for that style of driving. In Chiclayo, I was able to decipher the reasons for honking the horn, which is something I wasn’t able to do when I visited Colombia where all the honking seems to happen randomly. I could tell when the horn meant, “Hey! You’re in my way!” or “Hey! I’m just letting you know that I’m going to be coming around you on your left side and that you should move over just a teeny bit!” or even, “C’mon! Why aren’t you moving yet?!” A taxi that seems to be honking randomly is likely looking for a fare.

Finding something to eat in Chiclayo is as simple as turning your head. There are cevicherias everywhere and you’ll find almost any style of food to fit your taste. It’s going to be a little difficult to find la comida de la selva (jungle food) or la comida de la montaña (mountain food) here because of Chiclayo’s proximity to the ocean and the abundance of fresh seafood. It can be found, but with some difficulty. My personal opinion on this is since you’re in a coastal region, make the most out of it and have the seafood. Save the mountain and jungle food for when you’re in those regions. There is more than just seafood though. There are plenty of dishes with chicken, beef, pork, duck, turkey, and goat. You can find pizza, chinese food (chifa), italian, and plenty of other ethnic foods.

The food here is delicious and cheap. At a nice restaurant I bought full meals and drinks for three people and the total cost was 98 Soles, or almost 35 dollars. On my last day in Peru, four of us went to Playa Puerto Eten, spent the whole afternoon drinking (9 large beers) and then we all ate at a local restaurant; the total came to 111 Soles, or $39. In the United States, I’m sure that afternoon would have cost well over $100.

I will be writing an entire post on what you should eat when visiting the Lambayeque Region. There are so many good food options that this post would turn into a 10,000 word novella if I tried to list everything here. So stay tuned for that in the future. Once I’ve written it, the link will go here.

Once the sun sets and you’ve finished a good dinner, it’s time to go out on the town and let loose. Perhaps you like to dance? There are a few good discotecas for that. Karaoke is also very popular and I saw many karaoke bars in Chiclayo. You can relax and have some good converstation at a lounge, or if you’re feeling adventurous, you can walk into one of the little bars on the narrow side streest of Chiclayo. I got pulled into one by the boyfriend of a friend of my friend and while I felt comfortable, I still felt like trouble was lurking…somewhere within a one block radius. If you’re visiting, it’s best to stick to the bigger venues, or at least the venues on a main street.

Below I’ve listed some of the more popular places to go at night as well as the 3 places I visited: Estación Rock, Mr. Rock, and Sopranos. All of these places have Facebook pages, but I’ve only linked to the places that have their own websites.

Things to See in Chiclayo

Chiclayo itself doesn’t have too much to see for tourist attractions, but it serves as a great place to stay while visiting the surrounding areas. There are a few interesting places to see when you visit Chiclayo and you can see them all within 10 minutes if you’re just driving by, maybe 2 or 3 hours if you’re visiting the sites and snapping some photos. 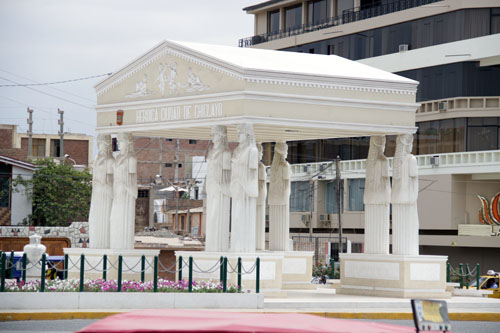 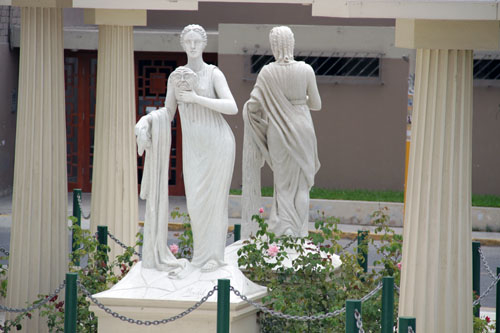 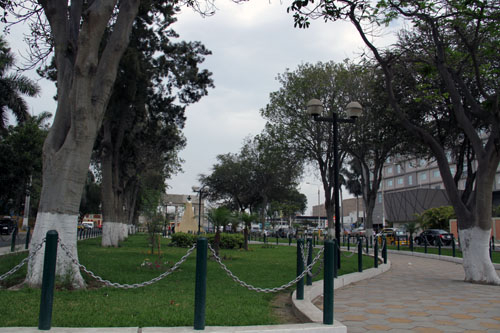 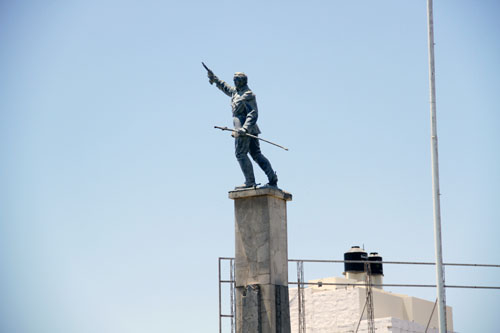 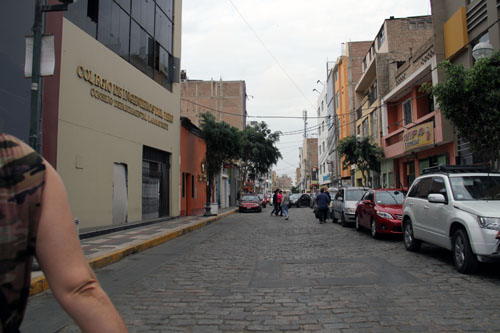 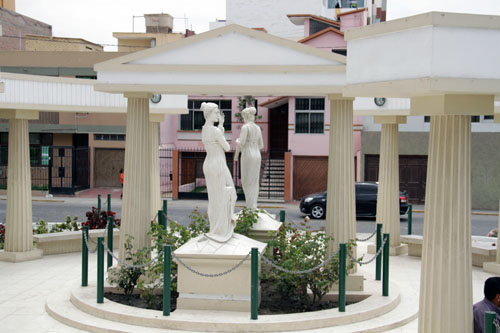 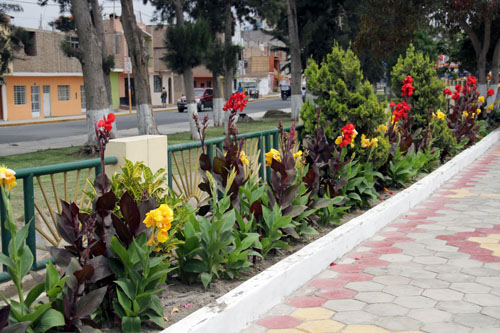 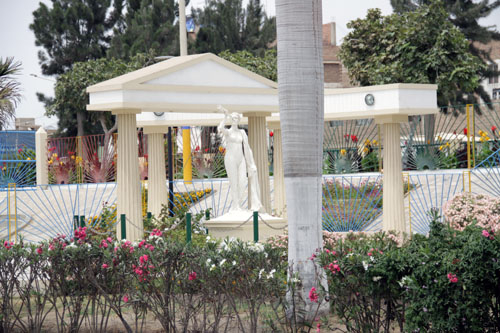 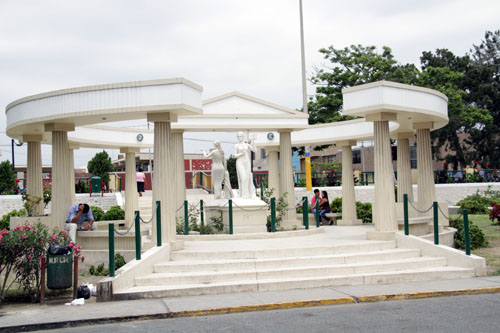